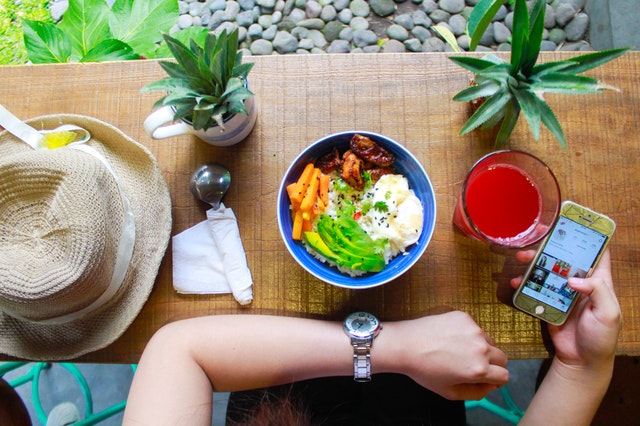 I have Diabetes: What will Happen to Me

The first question that many people who are diagnosed with diabetes have is, “what is going to happen to me?” Perhaps you have a family member who had complications related to diabetes or you’re afraid that your vision will be damaged because of diabetes.

Here’s the good news: the answer to this question is “Not much” if you do a few simple things, none of which are complicated and many of which you may already be doing. To learn what to DO to be healthy with diabetes, we suggest that you sign up for our free email program that covers that basics of diabetes management.

The data that’s been gathered from studying people with type 2 diabetes over the past 30 years is clear— people with diabetes are doing better than ever. There are many people who are living long, healthy lives with diabetes. Here’s how to make sure that you are one of them:

Living a healthy life with diabetes can probably be summed up by three simple words: don’t ignore it. Many people also feel a sense of doom, like “it doesn’t matter what I do, I’m going to have problems because diabetes is really bad.” This just isn’t true, but believing that it is can become a self-fulfilling prophecy. People who think that they’re doomed often don’t face diabetes head-on and take the few simple actions that could prevent problems down the road.

It’s also easy to get overwhelmed when you’re diagnosed with diabetes, and not knowing where to start may mean that you don’t take any action at all. The truth is that often times, it’s not WHAT you do as much as it is just taking some action that leads to success in managing diabetes.

Pretending that diabetes will just go away if you don’t pay attention to it is a dangerous game—it’s much better to accept the diagnosis, look at your numbers, and take actions based on what they’re telling you. You will learn how to do just that by reading this book.

If you’re one of those people who is feeling overwhelmed, here’s the place to start. The most important thing you can do with diabetes is find out where you are today, which you can do by knowing your personal results for these five numbers:

5) The results of an eye exam

Knowing these numbers tells you where you are right now and where you need to focus with your doctor. To learn more, watch this video of endocrinologist Dr. Richard Jackson talking about these five numbers and what you need to know. Paying attention to these numbers is the key to preventing complications and thriving with diabetes.

It turns out that whether or not you will have problems with your diabetes isn’t a mystery. The five numbers can tell you exactly how you’re doing and what your future looks like. If your question is “How likely is it that diabetes will interfere with my life in the future?”, the answer lies in these numbers. Know these numbers now and have them checked at each doctor’s appointment. By tracking them consistently, you’ll always know exactly where you are with your diabetes and where you need to focus.

One Other Factor That Matters…

There’s one more very important determinant of how you’ll do with diabetes, and it isn’t a number– it’s whether or not you smoke. If you don’t smoke, you can know that you’ve already reduced one of the most important risk factors for developing complications.

If you do smoke, quitting is probably the most important thing you can do to be healthy. Smoking doesn’t just add to your risk of developing cardiovascular disease and other complications like neuropathy, it multiplies your chances of having them. There are many different types of programs that can help you quit—if you have diabetes, trying several different approaches until you find the one that works for you is a very, very worthwhile investment in your health.

We’ve come a long way in treating diabetes—complication rates are lower from where they’ve been in the past and the life expectancy of a person with diabetes is higher than it’s ever been. Here’s data from a 2014 article in the New England Journal of Medicine that shows the declining rate of complications from 1990 to 2010:

Far from being a death sentence, it’s completely possible to live a long healthy life with diabetes today. And the future looks even brighter– given the new medications on the market, the knowledge we’ve gained about treating complications and the success that so many people have when they focus on their numbers, there’s no reason not to expect that there will be fewer and fewer complications among people with type 2 in the future.